You are here: Home / Podcast Episodes / What Happened To PerkStreet?

An exclusive interview with PerksStreet CEO, Dan O’Malley about what happened to PerkStreet, what happens to our money, and what about the Perks?

One of my soldiers is down

Steve Stewart: PerkStreet was that final ammunition that proved you don’t need a credit card to exist and prosper in America:

Unfortunately, PerkStreet will be closing its doors September 26, 2013. They announced this via email to their customers on Monday August 12, 2013 and via their website PerkStreet.com. 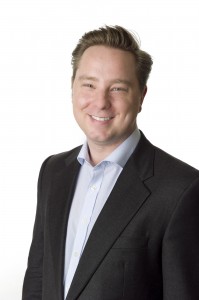 I was able to secure an exclusive interview with PerkStreet’s CEO Dan O’Malley. Click on the media player above to listen, read the transcript below:

What happened to PerkStreet and why is it closing?

Dan O’Malley: This space has undergone a ton of change from the fact that the Federal Reserve has taken interest rates to 0% and is keeping them there. This means all of the deposits that our accounts bring in are unable to make any money whatsoever. In a normal interest rate environment having checking account deposits is quite a profitable thing. All the regulations from the Dodd-Frank Financial Reform Act meant that there were not many partner banks that we could work with to host our accounts. Because of that, the banks in this space have pricing power over companies like PerkStreet. That worsened our economics.

Plus, interchange fees (swipe fees the bank earns when we use our cards) have been pushed down as a result of the Dodd-Frank Financial Reform Act as well. It has just taken us time to adapt the business and at the end of the day we ran out of money and we ran out of time.

Why can a credit card company make money but PerkStreet wasn’t able to?

Dan O’Malley: There are a couple things here highlight why this is incredibly unfair to people who choose to spend their own money and spend on debit versus credit.

The first is that the Dodd-Frank Financial Reform Act specifically targeted debit card interchange. This is the fees that banks earn when you swipe your card at a retailer and reduce the amounts that banks earn on debit card transactions but didn’t touch credit card transactions so banks make a whole ton of money when customers swipe credit cards and make much, much, much less when people swipe debit cards.

In fact, credit cards weren’t touched at all as part of (Dodd-Frank Financial Reform Act) but debit cards were cut nearly in half. That to me is ridiculous – it’s encouraging people to use credit over debit because you can have much richer rewards on your typical credit cards versus your typical debit card. I think it’s frankly heinous that the government would choose to do that and encourage use of credit.

The second thing is credit card companies are able to take advantage of the fact that they can get customers in debt and make plenty of money. With debit cards you can only make money by holding people’s deposits as opposed to getting them into debt. Those are the two things that shouldn’t be the case in my mind.

What is going to happen to the money in PerkStreet accounts?

You have plenty of time to re-direct your direct deposits, cancel any recurring payments, and spend your balance down or transfer it out. After customers have moved all their money out of the accounts we will take care of closing them by September 26, 2013.

Dan O’Malley: We started issuing accounts with Provident Bank back in March 2013. Those accounts are off of our new banking platform (accounts starting with 234 and debit cards that start with 5507).

All the accounts booked prior to that were accounts with Bancorp Bank (accounts starting with 123 and debit cards that begin with 5519).

So the new platform, which is connected to Provident, is what we need to shut down by September 26th.

What happens to PerkStreet Perks?

Dan O’Malley: The really disappointing answer there is that we just don’t have the funding to pay out the unredeemed Perks that our customers have. Per the terms and conditions of our rewards program and the agreement we cancelled all those Perks – which is really, really disappointing.

Our customers are upset about it and I have been personally responding to people on Facebook and Twitter and probably have responded to a few hundred comments at this time. We all understand how disappointing this is. We, as customers, are losing our Perks too. I wish there was a different way.

We had an option that would have let us continue the company fall through. When that happened we just didn’t have the funds left to pay for Perks.

Clinton Sprauve sent this comment on Facebook: “I hate to hear that, but I think the competition was too much and the pricing model probably wasn’t aggressive enough. I really like the concept. I’m sure it will resurface in another form with a much stronger and sustainable business model.”

Dan O’Malley: I just don’t know.  I think potentially at some point and time in the future. The environment now is just really tough and we know that there’s not really anybody else that has the same model as we do. Perhaps when the interest rate environment returns to normal and institutions are making more money from the deposits in the accounts it might open up some economic flexibility to make things a little bit easier. That might allow another company to come in and iterate more quickly than had been able to and create a model that really works.

We really believed in what we were doing and what we were building. It’s disappointing that it didn’t reach the point where it could sustain itself and keep going. We still believe in the idea and hope other people will continue to start companies in this space because banking definitely needs to change and that change is not going to come from large income employers.

How I feel about losing my Perks

Steve Stewart: When I first read the email when PerkStreet announced they would cease to operate after September 26, 2013 I thought “What about my Perks?” I felt like something was taken away from me. This was an irrational thought and I had to stop, calm down, and look at the facts:

I signed up for the ride and agreed to the contract that said the Perks program could be changed at any time. I have redeemed Perks in the past and have been grateful for each one.

I’m still better off having used PerkStreet and I believe you are also. Using a debit card instead of a credit card helps us to spend less, live within our means, and pay attention – not interest.