You are here: Home / Podcast Episodes / Who are the people who don’t need to budget? 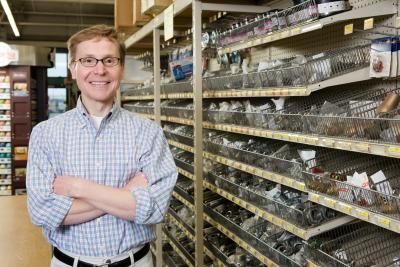 Listen to the Episode Below (00:18:55)
0.75x
1x
1.25x
1.5x
2x
0:00
00:18:55
Apple Podcasts/iTunesGoogle PodcastsSpotifyStitcheriHeart RadioTuneIn RadioDownloadShare Leave a ReviewListen in a New WindowSoundCloudSubscribe on AndroidSubscribe via RSSSpotifyPlayer Embed
Powered by the Simple Podcast Press Player
Many people can get by without ever doing a budget. Do you qualify as a person that doesn’t have to go through this seemingly painful process?

Thomas Stanley wrote a book called The Millionaire Next Door. He interviewed millionaires and high income earners. One of the observations he made was a truly financially independent person/couple would be able to survive solely on what they had saved for more than 10 years.

If you had enough money coming in from investments then you probably wouldn’t have to budget.

However, the way many people become financially independent is from paying attention to their spending. Budgeting allowed them to tell every dollar where to go, which included saving and investing.

The financially independent would be able to leave their children’s children a sizable inheritance if they were to continue the habit of purposeful spending. 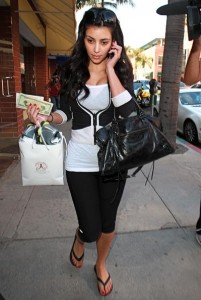 Dr. Stanley also studied high income earners, including celebrities and athletes. These people were filthy rich but didn’t always stay that way. They lived a life of consumption and many returned to their previous financial state.

If their income were to subside, would they be able to live for a dozen years on only their assets?

High income earners could become financially independent by doing a budget, especially while they have so much coming in.

Hmmm. Another Bentley, a couple months in Spain, invest in a business, or sock it all away in investments?

I have heard many people say “I don’t make enough money (or have any money) to budget“. If you didn’t have any money then you wouldn’t need to budget.

However, If you have any income at all and were broke then you must have a moneyplan. It is more important to budget your income and your expenses when you’re broke. A broke person needs to get every penny working out of every single dollar that they possibly can in order to stop being broke.

It won’t change your financial situation the first month you budget but you will definitely start turning the car towards the right direction.

Let me give you an example: I have been a physically fit failure for five years. Why? I don’t pay attention to my eating habits.

Devoted podcast listener @HitEm20 shared a success story with me about an iPhone app that caused him to lose 100 pounds. I thought to myself “a silly little app is not going to help me to lose weight. Why bother”? But I made the decision to start paying attention.

I downloaded the app and started tracking my calories.

MyFitnessPal lets you set a weight loss goal and tells you how many calories that you can take in every single day in order to reach that goal. The first few weeks I did okay but I often ate more calories than I should have: 1,960. By all measurements I was a failure. I stopped weighing myself but kept tracking my calories.

I dialed up the weight-loss goal which lowered my calorie limit to 1,700 in hopes that it would trick me into eating less. I kept trying to get close to the new lower limit but now I was a failure every six out of seven days.

Two days ago I stepped on the scale and Holy Toledo! I lost 10 pounds in less than two months! How could this happen? I had failed to take in less calories than the goal yet I lost sixteen-hundred ounces! I hadn’t starved myself, I didn’t get my stomach stapled, and I didn’t cut off a limb.

It occurred to me that the reason I lost weight was because now I was paying attention to what I was doing. I have no idea how much I was eating before I started tracking it but now I can tell you I am taking in less than 2,000 calories a day. That was enough to cause change in my body and start winning at losing weight.

Will tracking your spending cause you to spend less money? I can tell you from experience that the answer is absolutely yes. Set a spending goal with little categories inside of it and you’ve got yourself a budget.

Most of us would agree that budgeting is really important while earning an income. Certainly we can stop budgeting once we stop working. Right? Unless someone is in a nursing home and other people are taking care of them, a retiree will likely have money coming in from pensions or Social Security or investments. I think it is imperative for retirees to have a plan for their spending.

Who else could benefit from not doing a budget?

They could benefit from doing a budget and save money to keep them from going into debt because the Bible says” The borrower is slave to the lender”. I think God wants his children to not be enslaved.

Maybe children who don’t have any income don’t need a budget. However, They can definitely learn the skills of budgeting and saving money from their parents so that they will become financially independent as they grow up.

That’s kind of ridiculous. It seems to me that budgeting is not just an American activity. Anyone can benefit from being purposeful with their resources. Even in a society that trades beads and food for what they need has to pay attention to what they’re doing. Their survival could depend on it.

Many people can get by without ever doing a budget. However, paying attention to a money plan will cause you to live on less then you make.

How to get started with a simple budget