You are here: Home / Podcast Episodes / Equifax Got Sued, Jeff Rose’s Soldier Of Finance, and No Free Lunch

Equifax got sued, Jeff Rose talks about his new book “Soldier of Finance”, and there’s not such thing as a free lunch.

Jeff Rose is on a Roll

Jeff and his blogger-wife Mandy have just released a new podcast geared towards bloggers and online marketers. It is dedicated to giving you tips, strategies and success stories that will help turn your blogging hobby into something that makes real money.

Jeff’s book, Soldier of Finance: Take Charge Of Your Money and Invest In Your Future, is coming out September 9, 2013. It isn’t just for those who have served in the military, it is for anyone who has made bad money decisions in their past. 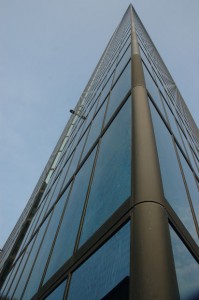 A federal jury awarded an Oregon woman $18.6 MILLION DOLLARS after she was denied credit because of errors on her credit report that Equifax failed to correct. The Atlanta-based company failed to correct erroneous data after the woman contacted them eight times over a two year period.

What this teaches us:

Listen as I exaggerate about credit reports and how they shouldn’t matter as much as they do.

There is no such thing as a free lunch

Nothing is free – even a free podcast. Something as simple as going outside and smelling the roses will cost you the opportunity to be doing something else. There is also the risk involved of tripping, pricking your finger on the stem, or getting your nose stung by a bee.

What is worse that we (well, mostly I) can feel gypped when our expectations of free aren’t met. I felt like I lost something of value after listening to the two minutes of a Freakonomics podcast episode that was a rerun.

What a waste of time! Where’s my new episode? I’ve been gypped! At least that’s how I felt initially and then started laughing at myself for being so ridiculous. Listen to the Holla From The Impala segment where I talk to myself about this while driving my car.

Thanks so much for listening/reading. If you enjoyed this episode would you consider leaving a review in iTunes or Stitcher? I really appreciate every one of you.