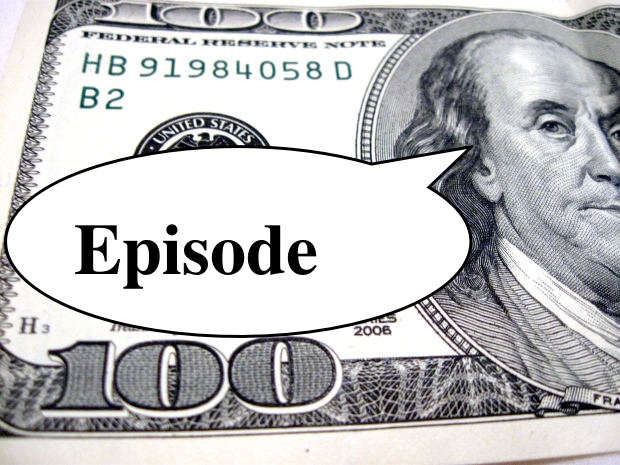 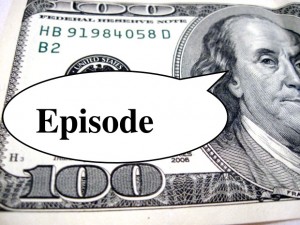 Timm Etters joins me in sharing listener’s inspirational stories and quotes in the 100th episode of the MoneyPlan SOS podcast!

I also share one of the inspirational people in my life, my best friend Timm.

For more about Timm and his high school murals, go to TimmEtters.com.

Tony Dungee: “It’s about the journey, mine and yours, and the lives we can touch, the legacy we can leave, and the world we can change for the better” sent in by Joshua Brown

Jeff Foxworthy: “Find something in life that you love doing. If you make a lot of money – that’s a bonus, and if you don’t – you still won’t hate going to work!” sent in via PersonalFinanceNation.com

From Letha Martel: My grandmother took care of my sister and I after our mother died; she daily lived her faith in Christ. When ever we kids would complain about helping hoe the garden; or helping with the dishes; etc… she would reply. “It says in the Bible, ‘He who will not work, neither shall he eat.'” 2 Thes [3:10]

Dave Ramsey: “Not until the pain of the same is greater than the pain of change will you embrace change”, a favorite of Jon White of www.JWFinancialCoaching.com

#JenSpiration: “Vanilla ain’t a color in the rainbow. If you want to find some awesomeness in life: Avoid normal and take action to do things extra-ordinary” by author Jen McDonough

Tom Hopkins: “If people ask you how you’re doing or how business is, just say, “unbelievable!”, because it covers it either way!” as per Timm Etters

Howard Dayton: “Just as the operator of a complicated piece of machinery studies the manufacturer’s manual to learn how to operate it, we need to examine the owner’s manual, the Bible, to determine how He wants us to handle His possessions.” another great one sent in by Joshua Brown.

Joan Rivers: “People say that money is not the key to happiness, but I always figured if you have enough money, you can have a key made.” via @PFNation

Nike: “Feel the fear and do it anyway”. A favorite of Joe Saul-Sehy, aka Average Joe from Stacking Benjamins.

David Allen: “You can do anything, but you can’t do everything” from my friend Michael “TechTalk” Kastler of the TechTalk WRLR podcast. He says “I always remember this when I’m getting overwhelmed, and that you have to be intentional about your actions and choices in life whether it be how you spend your money, your time, or your attention.”

Ralph Waldo Emerson: “An ounce of action is worth a TON of theory” from Jake Funnell of DoMoneyBetter.com

Earl Nightengale: “People with goals succeed because they know where they are going”, an excellent quote sent in by Amy Funke of SmarterBucks.com – a debit card that helps you pay down student loans.

Albert Einstein: “Compound Interest is the 8th wonder of the world. He who understands it, earns it. He who doesn’t, pays it.” Sent in by @JWFinCoaching

George Washington: “It is impossible to rightly govern a nation without God and the Bible”

Benjamin Franklin: “He does not possess wealth; it possesses him” via Scott of FocusedIntensityCoaching.com

JenSpiration: “Martyrs don’t become successful. They just become more skilled at whineing about being miserable.” Newly launched podcaster and author Jen McDonough sent that one in.

Thomas Stanley: “Whatever your income, always live below your means” via @MrJoshuaBrown

Listener Chris Byrd sent in that quote and said:
This one helped me tremendously when I decided to take another position within the company. I was uncertain about my abilities to take on the new job responsibilities that seemed so overwhelming. I took a leap of faith and as a result, I learned a tremendous amount. I don’t know that I could have ever gained the depth and breadth of my industry without accepting this position. I also learned that I am very hard on myself in regards to the learning curve. My payoff is to hear my peers refer to me as intelligent or comment on the knowledge that I hold.

Guillaume Apollinaire: “Now and then it’s good to pause in your pursuit of happiness and just be happy”

A classic with a twist:
“Nobody plans to fail, but many fail to plan. A successful plan is one that is executed, rarely is one executed for a successful plan.” Steve Stewart

I met Timm in 6th grade when he looked over my shoulder to find answers for a math test. We were opposites and I still can’t be certain that our friendship started for any reason other than he wanted help with his schoolwork. Timm and I began a long-lasting relationship based on mutual trust, a common interest in this new thing called “breakdancing”, and my ability to drive him over to his girlfriend’s house.

Timm is an inspiration to every one he meets. Nobody is a stranger to him and you will instantly remember his name and be able to start up a conversation a year after speaking with him once (it’s true, I’ve seen it!). Not only does he have this unbelievable ability to relate with anyone, he has also

More importantly, when all the cards are down and the chips are on the table he doesn’t quit. In fact, we celebrated Timm’s 25th Cancerversary a couple years ago and he’s still going. Timm Etters is an inspiration.

As briefly mentioned in the show, we had some “challenges” during our road trip from California to Chicago in a convertible on Route 66. Below are links to the experiences I posted  while on the road. 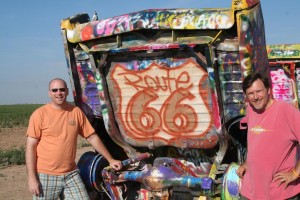 Day #2: The long and winding road