You are here: Home / Blog Entries / Cosigning Is Stupid – God Says So 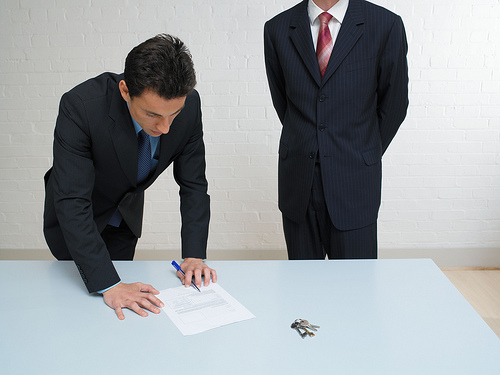 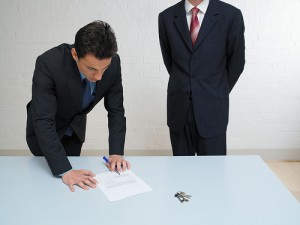 Don’t co-sign for someone else, cosigning is stupid. Instead, give them some real help.

The Bible teaches us that if you co-sign for someone else’s debt you are stupid. Don’t get mad at me, God said it in Proverbs, Chapter 17, Verse 18: “A man lacking in sense pledges and becomes guarantor in the presence of his neighbor.”

Translated into 21st Century slang: “A man co-signing for another is stupid.”

A co-signor is a 2nd position signee. What that means is the bank couldn’t find a way to approve the 1st position loan applicant (we’ll call him Joey). Thus, they need someone else to guarantee the loan in Joey’s name. Essentially, becoming a co-signor is promising the bank that Joey will pay the bill or you will pay it for him. Yes, that’s what you are agreeing to.

Banks don’t make money giving us free checking or paying us interest on savings accounts. They make money from interest on loans. (They also make money collecting overdraft fees but I won’t get into that in this post).

If a bank makes money on mortgages and auto financing then their business is based on selling loans. They want to handle your mortgage or finance your next car with them in order to receive interest payments.

How stupid would I be if a bank, whose entire business model is to loan people money, won’t “grant” somebody a loan because they would be too risky. If I stepped in as a 2nd position signee (co-signor) then I would be lacking in sense.

Does this scripture apply to the non-religious?

If you aren’t a person of faith then you are probably asking if this scripture applies to you. I would say it most certainly does. Common sense tells us if Joey didn’t get approved for a conventional loan because the bank deemed Joey to be a bad risk. His credit history is one of late payments, unpaid debts, or extreme debt. Someone with this on his credit report probably shouldn’t be taking out a loan in the first place.

Good financial sense tells us that Joey’s behavior isn’t good and we shouldn’t touch this. If we do then we take the risk of being on the loan without owning the asset. So the answer is Yes, this applies to everyone.

For someone who can’t qualify for a loan, it isn’t the end of the line. You can help Joey stay out of debt by giving him money. If you don’t have money to give him then you weren’t in the position to be a co-signor either.

Another way to help would be to offer a match. For every dollar he saves you match it. Too much? Maybe you offer him a dollar for every $4.00 he saves, that’s a 25% return that anyone would be happy with.

A match will give him an incentive to work hard, postpone buying something until he has the money for it, and most importantly it will teach him to pay attention, not interest.